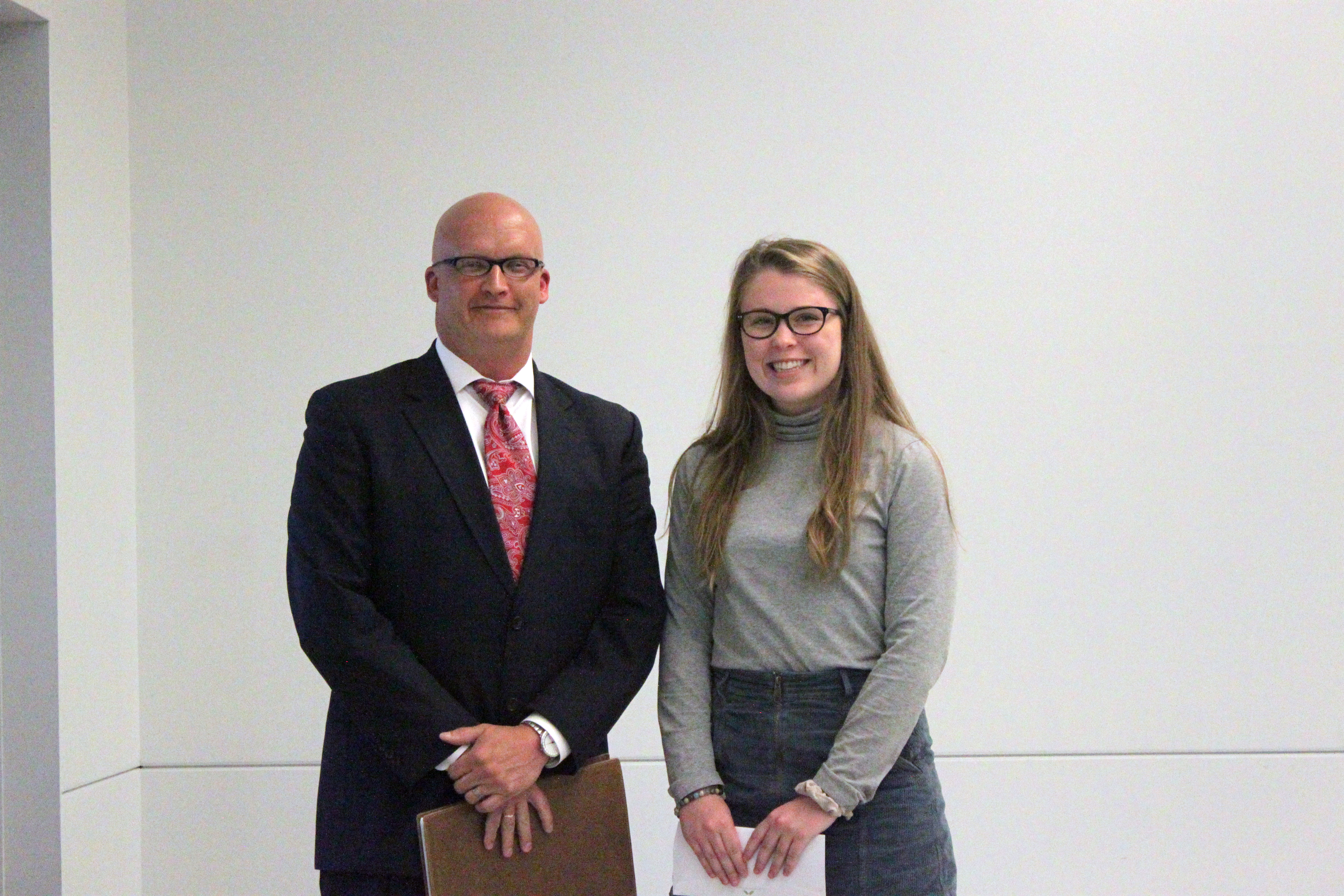 Bridget McMullin, daughter of Jen and Kelly McMullin, of Loda was named the Farmers-Merchants Bank of Illinois scholarship winner for 2019. The award was presented by Nicholas Reutter of FMBI at the PBL Senior Academic Awards Night held recently.

Her community service work includes five trips to the Mississippi Delta, (heading up the organization for  three of them), which aids the Clarksdale, MS Habitat for Humanity in their efforts to build homes for the underprivileged, along with participating in an after-school mentoring program to the children in Clarksdale. In addition, she founded GIVE her sophomore year – a community service organization which heads up recycling at the school, raises money to buy toys for the Toys for Tots organization, helps clean up community parks, as well as visits nursing homes, runs a monthly children’s craft at the local library and helps service the school’s backpack program, which sends impoverished kids home with food for the weekend.

McMullin plans to major in Public Policy and Psychology at the University of Alabama at Tuscaloosa this coming fall.

The PBL Education Foundation administers the selection of the recipient of the $8,000 Farmers-Merchants Bank of Illinois Scholarship. Applicants from PBL and GCMS school districts are evaluated on three criteria: academic achievement, participation and leadership in school and community activities, and a written essay.

Over the twenty years that the scholarship has been offered, Farmers-Merchants Bank of Illinois has provided $160,000 in scholarship money.  For a complete listing of the winners of this scholarship, visit the PBL Education Foundation website at pblfoundation.org.