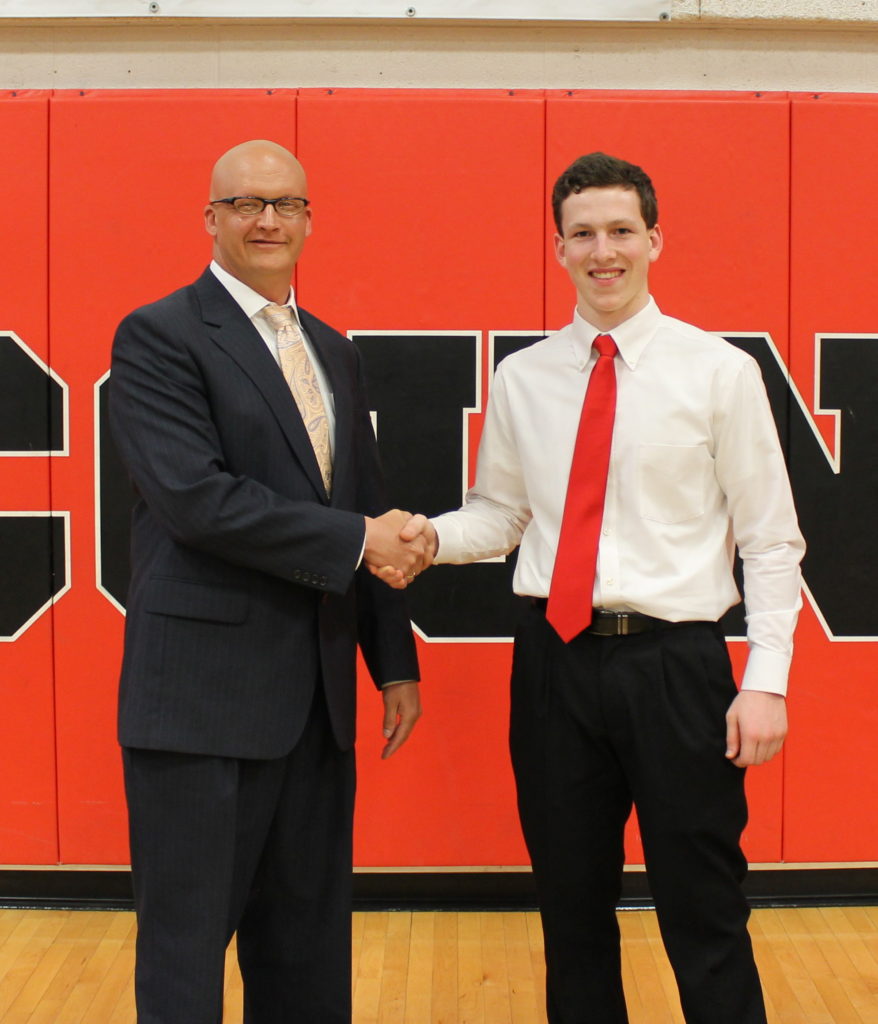 Jeremy Steidinger, son of Brian and Cathy Steidinger of Gibson City was recently named the Farmers-Merchants National Bank scholarship winner for 2018.  The award was presented by Nicholas Ruetter of FMNB. Currently administered by the PBL Education Foundation, the $8,000 scholarship, payable in four $2,000 payments, is awarded to a graduating senior living within the PBL or GCMS school districts. To be eligible, an applicant must have maintained a minimum of a 3.0 grade-point average based on a 4.0 system through the seventh semester of high school. Applicants are evaluated on three criteria: academic achievement, participation and leadership in school and community activities, and a written essay.

Over his high school career, Jeremy was active in Calculus Club, Interact Club, National Honor Society, earned many honors in Chorus, participated in all four of the spring musicals, and was cast in several plays as a member of the ACT Theatre Company.

He also has gained work experience at the Meat Shoppe Restaurant and Food Production Facility in Fairbury, IL.

Steidinger’s future plans are to attend Bradley University in Peoria this fall to major in Engineering.